For me, watching a movie starring Diane Keaton is the ultimate guilty pleasure. Her ability to embody everything from high-end fashion (Alexander McQueen, Schiaparelli) to quintessential Parisian chicness to quirky fun (her turtlenecks and hats), she exemplifies living life fully while also looking amazing!  So I had to watch Mack and Rita for a dose of Diane.

Here I am, in the first 15 minutes of the movie, waiting for Diane to show up. But it took a little longer on what it seem like forever, the cast of Mack's friends was the ultimate epitome of cinderella's sisters. Bad dressed, loud and with horrible manners. Mack is meant to be the outcast that loves vintage. Why is vintage still a cliche for the misunderstood? Who knows.

After that tanning bed cliche contraption Diane pops up. And they keep Mack's extra large white shirt and over the knee boots on Rita. While Diane pulled it off, it was painful to watch her walk on those heels, not to mentioned, Diane herself hates the outfit. All things considered, though, this particular opening scene may not have been a great start for Diane as she screams incessantly during her introduction...but I'm willing to persevere through whatever awfulness comes next.

As the plot continues from the body swap, Mack to Rita. The comedy becomes extremely bleh, with no punch lines. Add all of Mack complaining about how Rita looks and how she dislikes her "new" old body. How Rita meets the Mack's neighbor and pet sitter is another one of those cliches that continues to hunt Diane movie after movie. Honestly, I was expecting more. This is why I focused on the outfits Diane will pull off, specially the vintage pieces.

The movie somehow adds the Social media twist to the plot as it only makes sense, because Diane following is a real thing on IG. She also had full range on the outfits that she wore during the movie as Rita. And this is the only and best part of the movie...Let's try to dissect those looks. 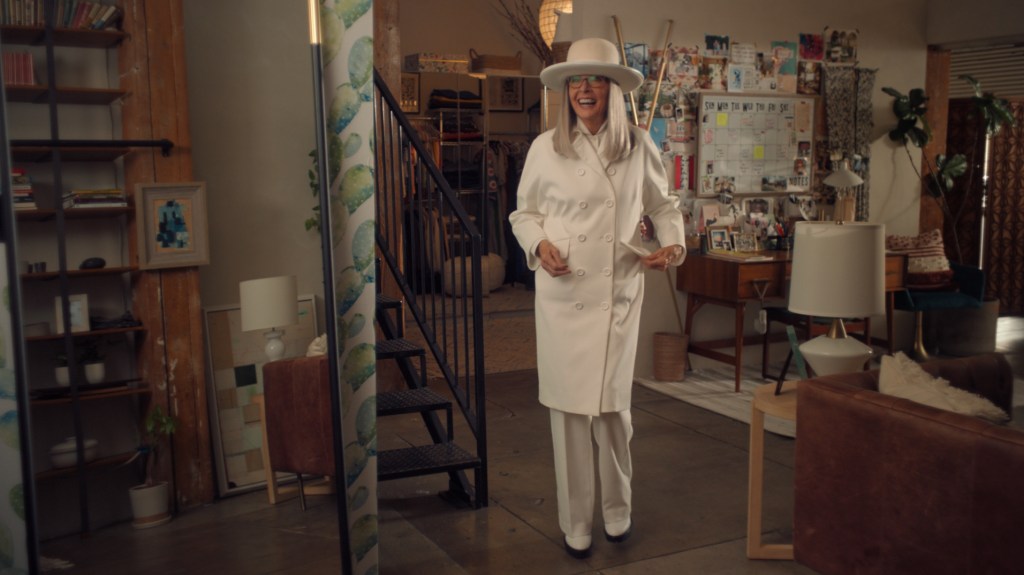 The all white look is something rare from her but she does during special occasions as a way to make an entrance. There is nothing quite like this on our store but, there is a complete white look, that could mimic this style.

This coat is definitely a vintage piece and we are trying to find out who is the designer or a coat just like it to emulated the look. But what's clear here is that if bold prints are on top, nothing else needs to compete with it. 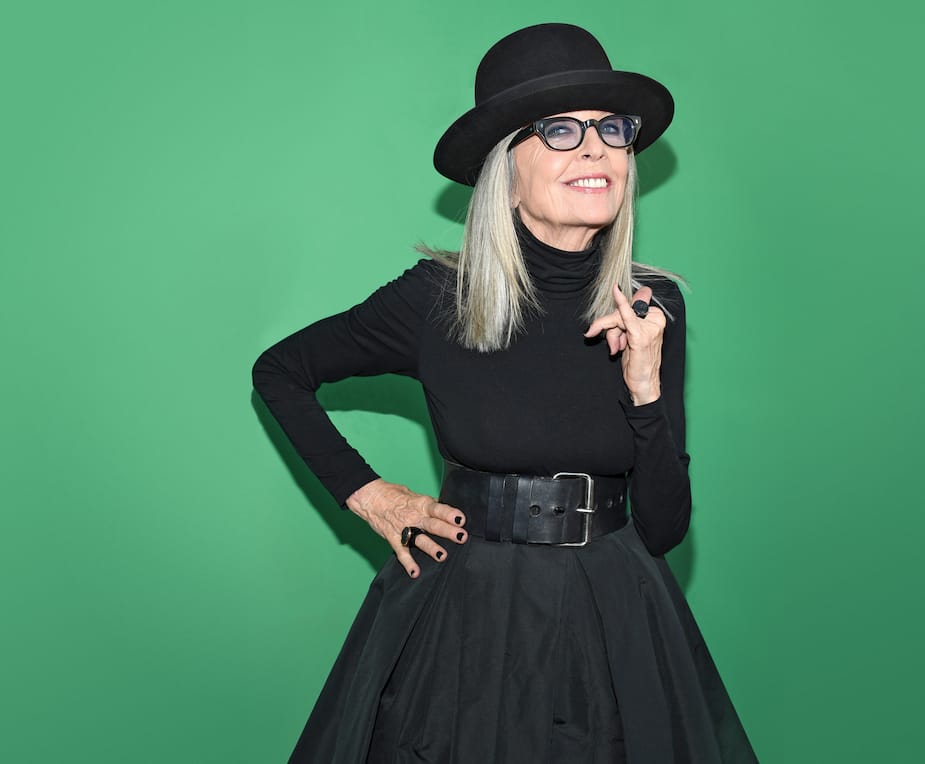 From complete white to complete black. Diane always glows in these monochromatic outfits. She gets it. One thing she knows how to do well, is break the simplicity with bold touch. In this case, the wide thick belts are the way to go. 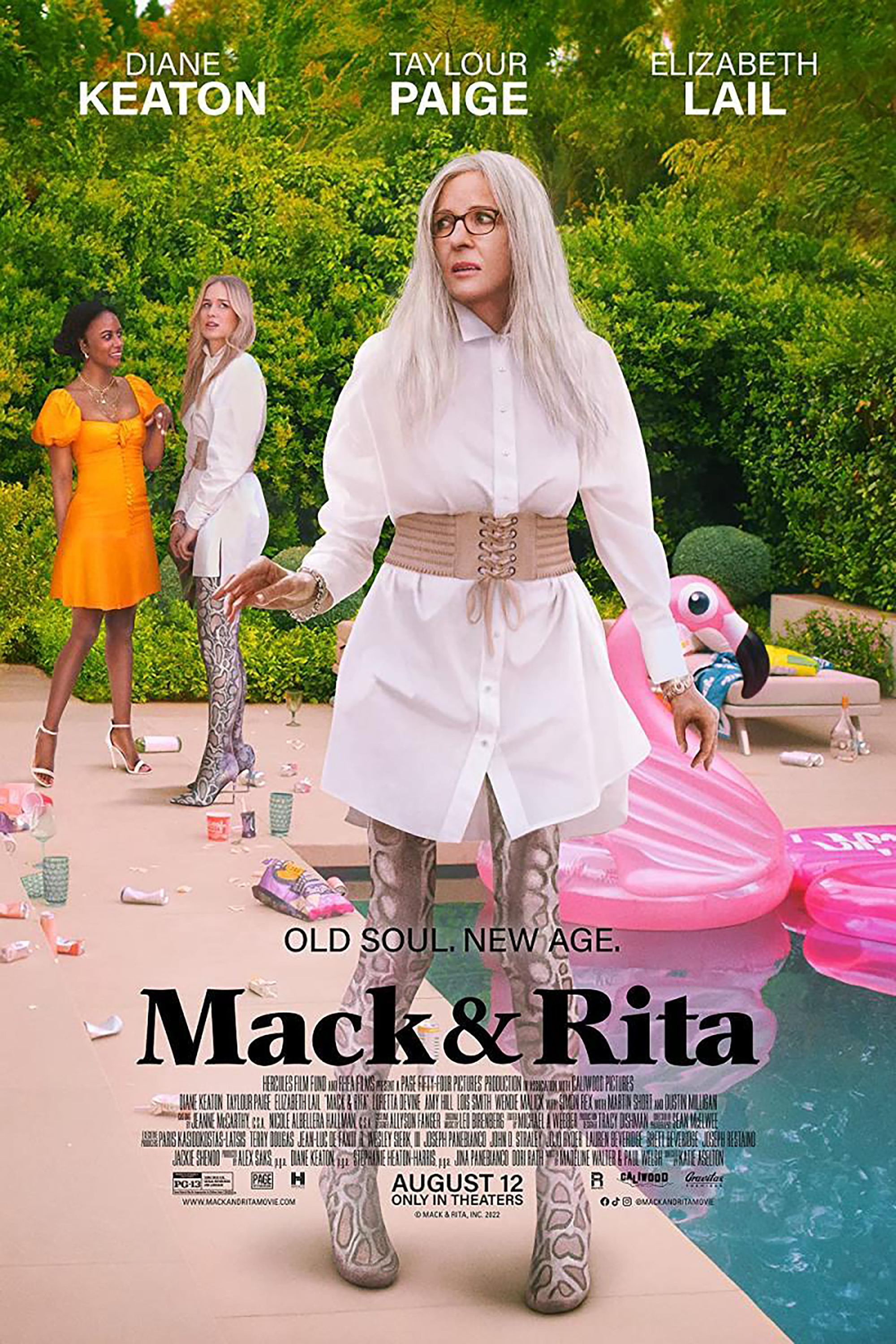 And I had to end with this outfit, that while Diane herself had some input on and later she hated. It has become one good way to summarize the movie. The movie is a total flop, like this outfit, not because of you Diane...because you look amazing...It is a flop because a comedy cannot succeed with only one actor trying so hard that she looks silly. Just like the outfit, it just doesn't complete the look.

You can buy over the Knee boots like this on our store but we prefer Zebra,

And while we could not give this movie a better review, we still love Diane and she never disappoints. We can't wait until Book Club 2 comes out, specially because Jane Fonda is also an icon we follow closely. Please, please, be amazing!